I’m currently sitting in departures at Heathrow Terminal 5 having spent the last few days at Royal Holloway, University of London attending the Childhood and Nation in World Cinemas: Borders and Encounters since 1980 conference. With plenty time to kill before my flight, now seems as good a time as any to write up my experience of the conference – which, in short, was one of, if not the best conference I’ve been to in my academic career so far.

The conference is the culminating encounter in a series of events organised by the Leverhulme-funded network Childhood and Nation in World Cinemas: Borders and Encounters since 1980 (website here: http://childnationcinema.org). As part of my doctoral thesis focuses on cinematic representations of the child in contemporary Spain, this themed conference was right up my street and not to be missed. Interdisciplinary in scope, the conference encompassed a diverse range of papers, presentations and sessions all of which were concerned with children, nation and visual culture.

Day 1 commenced for me with the chairing of a panel on Education, which brought together three very distinct papers focuses on extremely varied subject matter, but nonetheless concerned with questions of pedagogy and didacticism in relation to the figure of the child both on screen and behind the camera. The papers worked so well together – it was almost like a preformed panel. Topics covered included the child as model of moral conduct in Cuban child-centred films (Dunja Fehimović), the teaching of Spanish film in GSCE and A-Level (Mark Goodwin) and the use of participatory video in the context of global/development education (Kelly Royds).

I presented my paper entitled Who Can Kill A Child? Childhood (and) Death in Contemporary Spanish Cinema in the second panel session alongside Jenny Doubt who discussed the depiction of AIDS orphans on screen in South Africa. Unfortunately the other speaker in our panel was unable to attend but discussion of issues surrounding the child, death, queerness, ethics, exploitation and manipulation was still very fruitful. This was followed by our first keynote from Karen Lury, which explored the significance of objects and motion in relation to children on screen. Through the analysis of a range of case studies featuring balloons, bikes and kites, Lury traced a geopoetics of air that was particularly concerned with father-child relations and with both the fun and fearful edges of childhood play.

The third panel session I attended dealt with the topic of sensuality and queer/female sexuality and included a thought-provoking paper by Davina Quinlivan on Picnic at Hanging Rock and The Falling through the lens of Freud and Cixous. This was followed by the second keynote presentation of the conference from David Martin-Jones which was entitled Telling the Story of History With (To or By) the Child: Non-national, National and Transnational Takes. Martin-Jones took three films as his case studies: The Year My Parents Went On Vacation (an example of the national); Seachd: The Inaccessible Pinnacle (non-national) and La casa muda (transnational).

Day 1 was brought to a close with a screening of the extremely impactful short film Little Soldier, starring the vibrant Zawe Ashton and introducing 10-year old Amaris Miller, whose luminous presence on screen was at once moving and thought-provoking. The film was conceived of by writer/director Stella Corraldi and producer Carol-Mei Barker, who joined us for a Q&A session. While many of us presenting at the conference work on cinematic representations of children, the dialogue between Corraldi and Barker, chaired by Barker, illuminated what goes on behind the scenes and dwelled on methods and approaches to engaging child actors. There were also two further presentations by Mark Reid of the BFI and Paul Cooke which addressed participatory visual practices involving adolescents. These sessions spoke to some of the earlier issues raised concerning children, pedagogy and film.

Day 2 was equally rich and diverse. First, I attended the panel on Time, Interruptions, Miscommunications which included presentations on childhood, time and universality in the films of Erice (Anna Kathryn Kendrick), on the stereotyping of children and young people in Brazilian media (Rachel Randall) and on adolescent sexuality in the films of Céline Sciamma (Monica Patterson). The theme of time was central to all three papers, facilitating an engaged discussion in the time for questions that followed the papers.

The second panel I attended on Day 2 was entitled Memory and Identity, the themes of which encompassed death, ethnicity, sentimentalism, history and violence. The highlight of this panel for me was Sarah Thomas’ presentation on La lengua de las mariposas and El viaje de Carol in which she interrogated the function of these films within the context of historical memory of Spain. For Thomas, her case studies are paradigmatic of the tendency towards the sentimentalisation of childhood in memory boom cinema in Spain and her intervention asked what these films are doing and why – questions which, as far as I am concerned, are vital to understanding the ways in which childhood is deployed in contemporary Spanish cinema. Thomas’ paper demonstrates the need to engage with, rather than dismiss or disregard, these texts, even if, and perhaps even because, they engender feelings of discomfort and unease.

Day 2 continued with a panel on Child Stars, Commodification and Children Acting and included presentations on Leslie Thornton’s Peggy and Fred in Hell (Stefan Solomon), on Darsheel Safary: Bollywood, Globalization and the Child Star (Michael Lawrence) and on the female body as decorative object and commodity in Sofia Coppola’s Marie Antoinette (Anna Backman Rogers). A key concern of this panel was the way in which cinema enables us to watch children grow and charts the changing body of the child – a tenet central to the majority of the papers I saw at this conference. This was followed by the Network Partners roundtable in which Jordana Blejmar spoke about children’s toys, nationhood and blondness in Argentine animated films; Stephi Hemelryk Donald presented on child migration; Zitong Qiu analysed sentimentalisation and the child in the context of state-sponsored Chinese films; Emma Wilson discussed sisterly relations in the films of Céline Sciamma (notably Tomboy) and, finally, Sarah Wright considered female adolescence as national trope in La isla mínima. Common threads of interest included the body, historical trauma, space and migration.

As Day 2 drew to a close, we had a third and final keynote presentation from Daniela Berghahn who analysed the figure of the dead child and elective kinship inspired by children in films dealing with migration. For Berghahn, these thematic foci speak to the ways in which the migrant family can be incorporated into the national imaginary. In the case studies presented by Berghahn, while the dead child tends to facilitate the cultural assimilation of the migrant family through the disavowal of the dead child’s Otherness, the child as creator of alternative kinship ties achieves the same effect by engendering plurality, heterogeneity and conviviality.

The last session of the conference was dedicated to the screening of Catherine Grant’s video essay inspired by the work of Annette Kuhn – Interplay: (Re)Finding and (Re)Framing Cinematic Experience: Film Space and the Child’s World, followed by a dialogue between Grant and Kuhn. I’ve been interested in learning more about audiovisual essays as methodology for some time and this only confirmed to me the potency and significance of this format. The discussion was wide-ranging and included a meditation on the pedagogical relevance of the format of the audiovisual essay. Topping off what had been a fabulous two days, we had the conference dinner in the Picture Gallery at Royal Holloway – a stunning space in which excerpts of Downton Abbey have been filmed.

What’s more, in terms of the practicalities, the conference was impeccably organised. There were no glitches, cancellations or unexpected changes to the programme. Most sessions kept to time and those that didn’t were only 5-10 minutes max. This is quite an achievement – it is much harder than it would seem to keep academics to strict time limits! – and not something I’ve seen often at other conferences I’ve attended. The venues were also well signposted to help us avoid getting lost and the conference was fully catered. Overall, this was a highly engaging and inspiring experience and although this is intended to be the culminating event of this Leverhulme-funded network, I’m hopeful that some of the connections established at this initiative will prove long-lasting.

Thoughts on Spanish cinema, academia and other related things 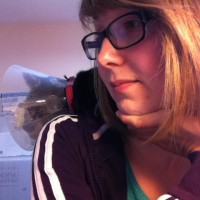